Thinking on where is the most romantic place to spend Valentine’s Day? Definitely Rome!!! Did you know that roots and legend of Saint Valentine was born here in Rome?

Roma Luxury will tickle your fancy with its romantic tours and shopping sprees for Valentine’s Day. Live the Dolce Vita romantic atmosphere and choose your Dreamy Valentine’s day Tours created for you by Roma Luxury. 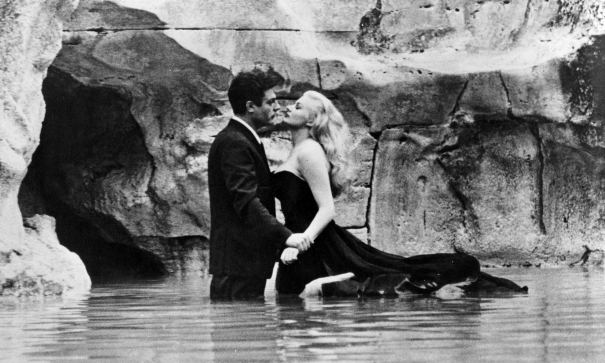 Missing just less than one month on Valentine’s Day. But have you ever wondered how was born and why does this anniversary is so awaited by the entire world?

Its origin coincides with the attempt of the Catholic Church to “christianize” the pagan fertility. For the ancient Romans, February was the period when they were getting ready to the season of rebirth. In mid-month, since the fourth century BC, they began the celebration of Lupercalia, to keep the wolves away from cultivated fields. The priests of this order entered the cave where, according to legend, the wolf had nursed Romulus and Remus, and here they were making propitiatory sacrifices. At the same time along the streets of the city it was shed the blood of some animals. The names of men and women who worshiped this God, were placed in an urn and then mixed; then a child pulled out the names of some couples who for a whole year had to live in intimacy, so that the fertility rite was concluded.

You’re probably wondering how these rites became the celebration that all lovers of the world are waiting with anxious expectation.

The precursors fathers of the Church, they decided to put a stop to this unethical and vicious practice, finding a saint of lovers to replace the immoral Lupercus. In 496 A.D. with a decree of Pope Gelasius the pagan celebration was canceled. He ordered that everyone should have followed the cult of St. Valentine.

But who was really Saint Valentine? And why he was chosen as the patron of lovers?

Valentine, born in Terni, in 176 A.D. and he died in Rome on February 14 273. He was a Roman bishop who had been martyred. Valentino devoted his life to the Christian community and the city of Terni, where raging persecution against the followers of Jesus. He was consecrated bishop of the city in 197 by Pope San Feliciano, and for his commitment and dedication to others, became the protector of love around the world. It is considered the patron of lovers since legend tells that he was the first religious that celebrated the union between a pagan legionary and a young christian girl.

One day Valentine felt pass through near his garden, two young lovers who were arguing. Then he went to meet them, holding a rose that he gave them, begging the young couple to be reconciled by tightening together the stem of flower, being careful not to prick and praying that the Lord will live forever maintained their love. Some time later the couple asked to Valentine the blessing of their marriage. When the story spread, many decided to go on a pilgrimage by the bishop of Terni on the 14th of each month, the day dedicated to the blessings. Later the date was restricted only in February, the day of Saint Valentine’s death.

There is also a newer version of the story handed down today.

The association with romantic love comes many years after, although the question of its origin is controversial. According to one of the most credible discussion, Valentine’s Day was introduced as a celebration of lover thanks to the circle of Geoffrey Chaucer (1343 – 1400), who in his poem “Parliament of Fowls” associates the occasion to the engagement of Richard II of England with Anne of Bohemia. In any case in France and England in the Middle Ages, it was believed that in mid-February began the birds mating: event that lent itself to be consecrated on February 14 as Valentine’s Day.

There are so many legends about Valentine’s day and Roma Luxury, during these weeks left, will accompany you in this romantic and passionate journey.

Here you can read The Parliament of Fowls, the first St. Valentine’s Day poem
ever written. Geoffrey Chauser begun to write it in May of 1382 and finished
for Valentine’s day in 1383.

Enjoy your reading full of love and romanticism!

from The Parliament of Fowls

A garden saw I, full of blossomy boughs
Upon a river, in a green mead,
There as sweetness evermore enough is,
With flowers white, blue, yellow, and red,
And cold well-streams, nothing dead,
That swimming full of small fishes light,
With fins red and scales silver bright.

On every bough the birds heard I sing,
With voice of angels in their harmony;
Some busied themselves birds forth to bring;
The little coneys to here play did hie.
And further all about I could see
The dread filled roe, the buck, the hart and hind,
Squirrels, and beasts small of gentle kind.

Of instruments of strings in accord
Heard I so play a ravishing sweetness,
That God, that maker is of all and lord,
Had heard never better, as I guess.
Therewith a wind, scarcely it might be less,
Made in the leaves green a noise soft
Accordant to the fowls’ song aloft.

Th’air of that place so a-temperate was
That never was grievance of hot nor cold.
There wax also every wholesome spice and grass;
No man may there wax sick nor old;
Yet was there joy more a thousandfold
Than man can tell; never would it be night,
But always clear day to any man’s sight.

For more info and for the organization about our romantic and dreamy Valentine’s Day tours write to info@romaluxury.com or click this link http://bit.ly/ValentinesDayToursInRomeWithRomaLuxury