ROME E-PRIX FROM THE PADDOCK TO THE GRAN VILLA

The Eternal City was this week end the setting for the most innovative appointment of the year … The first edition of the CBMM Niobium Rome E-Prix.

The delicate hiss of electric bolides hypnotized Rome and attracted the most famous faces of politics, sport, entertainment stars, fashion and crowned heads from all around the world. 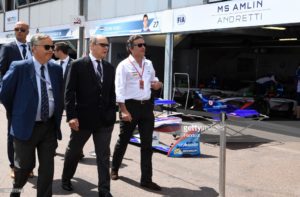 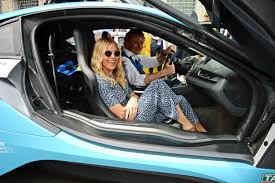 These VIP’s were living it up first on an terrace hovering over the track in the area called Emotion Club and then in the after party in the famous Villa Miani.

Elegant, clean, & silent. These electric cars of the Formula E in its first Italian ePrix parade speeded through the streets of Rome with a hiss and without any toxic emission. This is a revolution, the world is changing and even the 3000 year old city catapulted itsself in to the future with this grandiose “Electrifying” event. 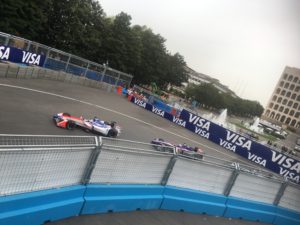 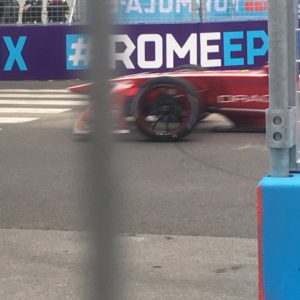 In the  Emotion Club, the hospitality area set up inside the Museum of the Arts and popular traditions, especially for these VIP viewers, prominent politicians, a variety of sports, entertainment and fashion stars and crowned heads were all there to be part of this enthusiastic event in this VIP Lounge, sipping on their Italian coffees and or on their G.H. MUMM Champagne Flute, the official sponsor of this area, chatting away while watching the cars swift by and most of the animation was come from the former Ferrari drivers Felipe Massa and Jean Todt highly intent  the race and adrenaline commenting on the actions of the pilots with Alejandro Agag, inventor of the E-Prix. 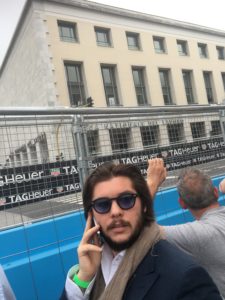 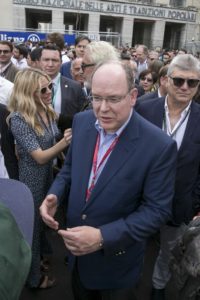 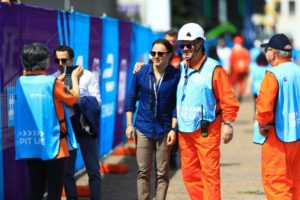 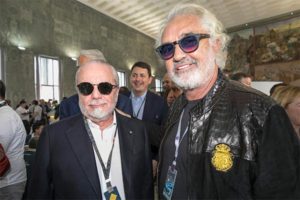 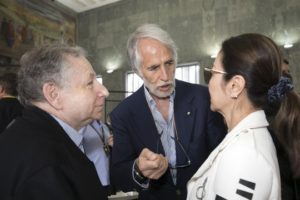 The winners were awarded by hand of his Highness Prince Alberto of Monaco, the President of the European Parlament, Antonio Tajani, the Major of Rome Virginia Raggi, and the creator of this innovative Formula Mr. Alejandro Agag. 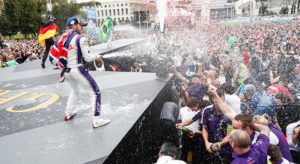 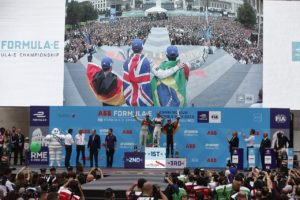 The main sponsors of this event was for the staffs clothings Hugo Boss, the car stabales Audi, BMW, Renult; Jaguar that exposed their prototypes of their electric cars, allowing the visitor of this event to enter and sit and try them out. Also the other main sponsor was Enel that provided the energy to these new generation of cars. 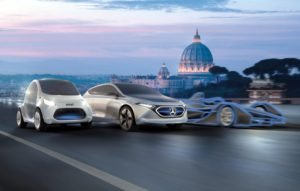 This wonderful event was made possible in Rome thanks to the President of EUR S.p.A Roberto Diacetti who energetically pulled this event together and putting this modern 1900 Universal Exposition area of Rome (called EUR)  in total disposal of this exciting event, with a 3 kilometer track that spun through this historical neoclassical monuments like the palace of the Roman Civilation that has written in cubic letters …. ( that now is the main offices of Fendi) and through the other 5 monumental structure and in front of the modern masterpiece of Fuksas the “Nuvola” ( “The cloud” because of a unique medal structure that forms a 4 floor cloud inside of a glass building) and opening the amusement park for everyone to enjoy besides other activities and entertainment actives put in the tracks area creating a full day event for the whole family with many delicious Italian style street food offerings and fireworks in the evening to finish off. 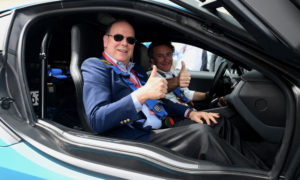 And the Vip after party?

Well the party went on till dawn. Formula E officially opened the dances on Friday evening in the wonderful location of the Fuksas Cloud. In this modern and utopian context, conceived by Fuksas, where reality and imagination meet, there was a charity dinner reserved for only 170 lucky (and really important) guests.

During the dinner placé, in which important jet set characters, VIPs, politicians and managers took part, between a finger food and canapes tasting accompanied by excellent Italian wines, an exclusive glamorous and very unique charity auction was held. . where guests and fashionistas have won 11 t-shirt of the limited capsule collection Fendi Pop Tour, an ironic collection and at the same time of the most iconic places in Rome.

To round off this one of a kind event that attracted all the attention on the eternal city, it was the closing gala party in an exceptional context, Villa Miani. Impossible not to notice it, because its elegant white color is detached on the profile of Monte Mario hill. The glance that gives you is breathtaking, Rome is at your feet in all its beauty and majesty and when you enter it’s pure magic: from the breathtaking view of Rome you will find yourself starring at the wonderful frescoes that adorn the ceilings of the sumptuous villa. 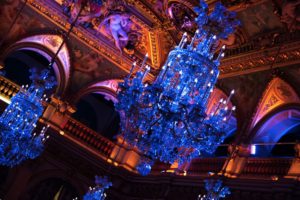 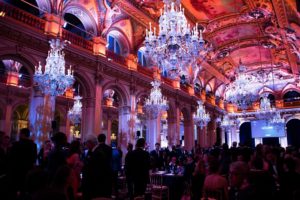 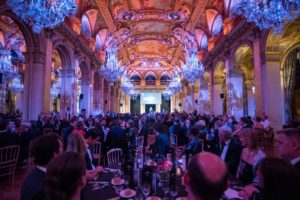 An elegant and sophisticated candlelight gala dinner for 450 guests washed down with bubbles G. H. Mumm and sponsored by Bulgari and the Alberto di Monaco Foundation. The prince himself presided over a charity auction that, between luxury holidays, bottles of fine Bordeaux and an electric BMW, raised funds for 100 thousand euros. 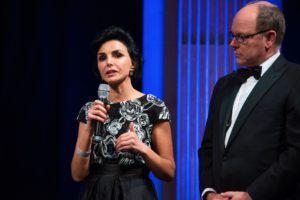 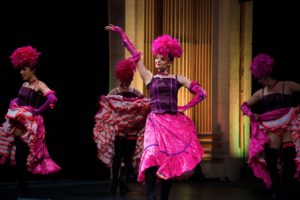 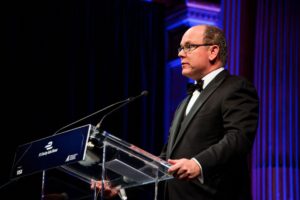 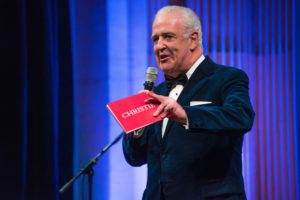 And among the guests of the patron Agag, Sienna Miller in a Valentino embellished gown and Bulgari jewels (I really love her laid-back glamour alongside the boho romance of this glinting gown), the Duchess of York Sarah Ferguson returning to worldliness, the British reporter Nicki Shields, the entrepreneurs Lapo Elkann and the president of Fia Jean Todd, the winner pilot Sam Bird and his girlfriend.

But to capture the attention of everyone (positively or negatively, you decide!) was the mayor of Rome. Here she is… she appears on the red carpet among the photographers’ shots, with a haute couture dress by the prestigious Italian designer Renato Balestra: a princess dress from Disney world: long, wide, without straps, covered with romantic roses ton sur ton and with a flashy and unexpected cape. 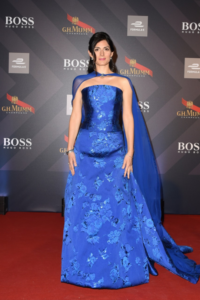 Arrivederci Roma… See you next year!!!